As leaders, we are often taught to project a certain image; one of confidence, competence, and authority. The trouble with this is that it leaves little space for acknowledging when we might lack understanding in a certain area. No matter your position, depth of experience, or skill, there will always be instances where this is the case. Simply put, we can’t know what we don’t know.

To admit “I don’t know” can leave us feeling vulnerable, particularly for someone in a position that others typically look to for answers. 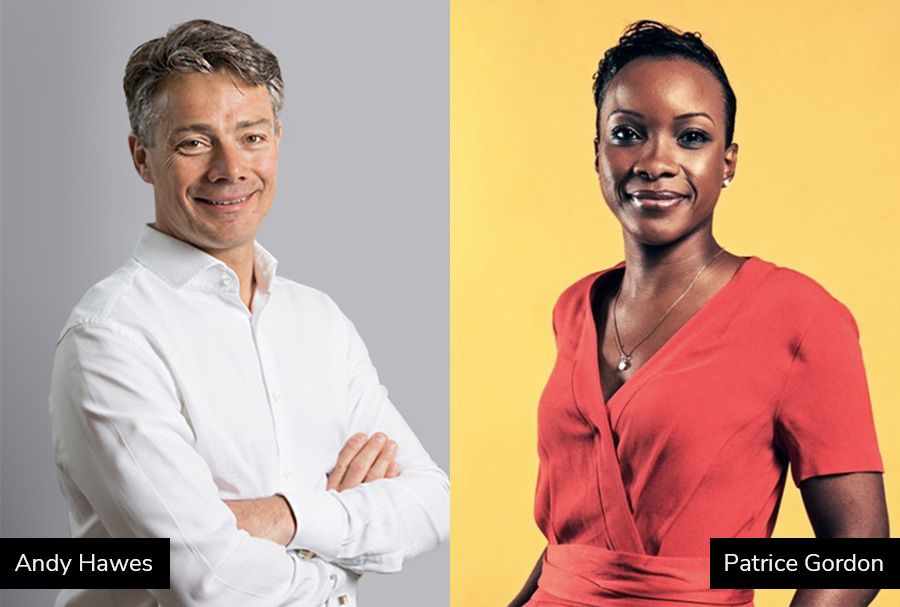 So, when it comes to fostering a diverse and inclusive organisation – something that, by definition, requires us to actively seek out perspectives that we have had little-to-no understanding of previously – it’s no wonder that the process can, at times, be met with trepidation.

Recently, I explored the role of vulnerability in leadership while interviewing Patrice Gordon for an episode of the Newton Talks podcast. As a reverse mentoring ‘guru’ whose efforts to build an inclusive environment at Virgin Atlantic have been recognised by her boss Richard Branson, and internationally by the TED Talk leadership community, Patrice taught me some truly invaluable lessons.

In the 20 years since setting up Newton, it’s become abundantly clear that a diverse team, alongside a culture that champions the outsider mindset, makes organisations better. Not only that, but it’s also just the right thing to do. That’s why we introduced reverse mentoring as one of the many building blocks that we’ve implemented on our journey to become more inclusive.

As Patrice explains at the start of our podcast conversation, reverse mentoring is a concept that flips the traditional mentor-mentee dynamic on its head. By having those from underrepresented groups mentor senior employees or decision makers within the organisation, reverse mentoring amplifies diverse voices throughout the organisation to help drive change through empathy, understanding and divergent thinking.

Reflecting on our podcast conversation, especially when discussing how to get the most out of the process, vulnerability was a recurring theme not to be ignored. From my own experience I can tell you that being a reverse mentee is a scary experience; I was very wary of getting it wrong, of saying the wrong thing.

I’m sure I wasn’t the only one who felt a little scared throughout the reverse mentoring process. For my mentors, it took a great level of courage, honesty, and openness. The process asks a lot of people yet, discomfort is synonymous with moving forward. It means we’re being challenged; we’re being encouraged to step out from our echo chamber, to view the world through a different lens, and further develop our understanding of others and ourselves.

If I wind back a few years I was focused on the action we should be taking around diversity & inclusion, but I’ve since realised that understanding is hugely important when thinking about being inclusive. The position I'm in and the privilege of my background means that I must listen so much harder to really understand others and learn from them, in order to set a better direction or make better decisions.

I doubt I’ll ever truly conquer this, but I know I need to try hard and continue to expand my thinking. It’s certainly one of the most important and exciting parts of my role.

Reverse mentoring has been an invaluable experience for me professionally and personally, but most importantly, it’s an experience that will help Newton and its people for the better. So, for the leaders ready to demonstrate vulnerability by replacing professional distance with emotional exposure, I’m going to outline three key lessons from my discussion with Patrice to keep in mind when implementing reverse mentoring in your own workplace.

1) Independent mentor-mentee matching
For the process to really work, Patrice maintains that the pairing of mentor and mentee is vital. To start with, due to the power imbalance that is at play in reverse mentoring, both parties need to be willing and keen participants or the whole process falls apart. For more senior members it's important to remember that mentors are doing you the favour and their mentorship should be viewed and treated as such.

I would suggest entering the process with humility, ready to listen to and accept some difficult truths. Patrice emphasised that success in reverse mentoring starts with HR, and wellbeing needs to be top priority. Both parties need to be able to embrace their vulnerabilities and start from a place of respect, both for each other’s time and experiences.

2) Agree what's shareable outside your sessions
At the end of all conversations, it should be made clear what is permissible to share and what is not. Mentors may end up sharing information that is personal or sensitive, and care should be taken with this knowledge.

Patrice explained that, in the past, some mentees have attempted straight away to fix the issues outlined in their sessions but, in doing so, have caused damage by putting the mentor in a difficult position, as it's been very clear where the impetus for change has come from. Therefore, it’s important for mentees to take some time to reflect and consider their learnings before moving forward with any actions.

3) Acting on what you’ve learnt
Lastly, and perhaps most important of all, you must act on the lessons from your mentor. What are the things within your organisation that you’re going to do differently? If various members of your leadership team have taken part in reverse mentoring (which I very much advocate), Patrice suggests starting by discussing key learnings together. From here you can identify the areas in which you, as a leadership team, are collectively blind.

Similarly, demonstrating to the board and other senior members that you are taking the time to reflect on your behaviour and biases, is likely to encourage them to do the same. In turn, this will form the basis for a culture of curiosity that will allow people to challenge the status quo and, ultimately, progress the company further.

Practising what you preach

We are taking important steps to identify and dismantle systemic barriers within Newton by working towards becoming the first UK company to be GEN certified: a data-driven accreditation that recognises organisations for excellence in workplace equity. Not only that, but we also recently appointed Sandra Masiliso as a permanent Equity, Diversity & Inclusion Manager, to work closely with Newton’s Supervisory Board to help us achieve our goals.